We proudly support the election of David Gaw for Thurston County Commissioner, District 1 and hope you do too! 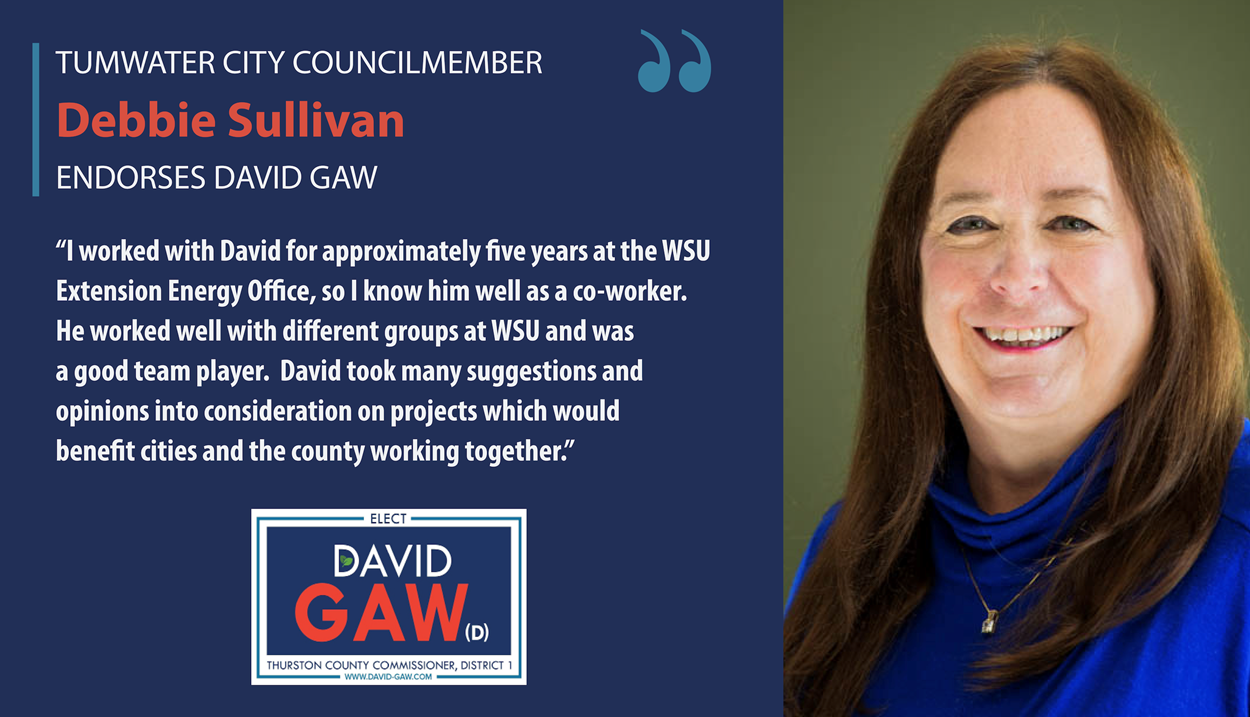 "The office of County Commissioner requires a person with multi-faceted talents and depth of experience. I believe that David Gaw has that excellent experience relevant to this position. We need his level of demonstrated leadership for our county." -Mary Eldridge (widow to the late and former Thurston County Commissioner Les Eldridge)

"I have known David for over a decade, mostly as a coworker at the WSU Energy Program. He is well trained as a project manager, having solid organization, communication, and leadership skills. I have also attended a number of local and regional events with him and found him to be one of the best I know in networking and thinking strategically to explore partnerships and effective paths forward. I don't doubt that he would be a successful Thurston County Commissioner, utilizing these skills along with his great energy and passion and a grounding of community, business, and environmental values I share." -Rob Penney

"David Gaw is not afraid to take on the tough issues facing our community." -Matthew Bell